In the beginning of August, the thieves broke into the owner’s house and stole the keys for a Porsche 911 and an Audi S8. The theft took place in Osby south of Sweden.

GSGroup 24/7 alarm central took immediate action after receiving the theft notification from the customer. GSGroup has been performing search operations like this since 1992 and in this case as many others, it showed that our long experience and extended network was crucial. Car thefts are often performed by organized criminals and it requires special services to stop them.

GSGroup alarm central got the first signals north of Stockholm. By now, the Swedish police and GSGroup were in close cooperation and it became clear that the cars were heading abroad. After having analysed the signals and other factors GSGroup knew that the cars were on the ferry from Sweden to Ventspils in Latvia.

GSGroup have an extended partner network throughout Europe. Latvia is no exception. At this point, GSGroup had involved not only the Swedish police, but also Latvian police and Latvian customs. GSGroup search crew in Latvia teamed up with police and customs in Ventspils and soon after the ferry had reached the harbour, they got signals from the stolen cars. A truck disguised to be transporting food was pulled aside. It is fair to say that the truck did not transport any food, but instead two luxury cars. 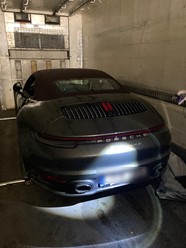 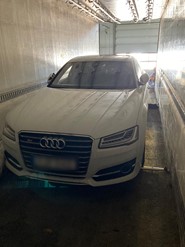 The customer got his € 200.000 worth cars back and the insurance company saved a hefty pay out.

Criminals always looks for new ways to steal cars and other equipment. This search operation, as many others, shows that experience and knowledge is decisive. Just the “black box” alone would not stand a chance in cases like this. The human mind and capability to draw conclusions based on the available information is the key factor. GSGroup has proven yet again that they are in possession of these skills, which takes years of experience to achieve.